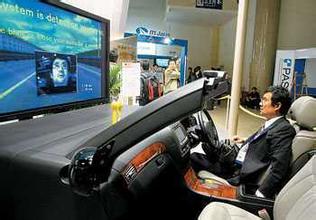 The emergence of meaningful smart instruments has greatly expanded the scope of application of traditional instruments. Intelligent devices have been widely used in household appliances, scientific research institutions and industrial enterprises due to their advantages of small size, strong functions, and low power consumption.

2. Working principle The sensor picks up the information of the measured parameters and converts it into electrical signals. After filtering to remove the interference, it is sent to multiple analog switches. The one-chip microcomputer commutates the analog switches one by one and sends the signals of each input channel to the program-controlled gain amplifier one by one. The amplified signal is converted into the corresponding pulse signal by the A/D converter and sent to the SCM; the SCM performs the corresponding data operation and processing (such as nonlinear correction, etc.) according to the initial value set by the instrument; the result of the operation is Convert to the corresponding data for display and printing; At the same time, the single-chip microcomputer stores the result of the calculation in the on-chip Flash ROM (flash memory) or E? After comparing and calculating the set parameters in the 2PROM (Electrically Erasable Memory), corresponding control signals (such as alarm device triggers, relay contacts, etc.) are output according to the calculation results and control requirements. In addition, the intelligent instrument can also be composed of a distributed measurement and control system with a PC. The single-chip microcomputer can be used as a slave to collect various measurement signals and data. The serial communication can be used to transmit information to the host PC, which is managed by the PC.

3. Features With the continuous development of microelectronics technology, integrated circuits such as CPU, memory, timer/counter, parallel and serial interfaces, watchdog, preamplifier, and even A/D and D/A converters A VLSI chip (ie, a microcontroller) appeared on a chip. Take the one-chip computer as the main body, combine computer technology and measurement and control technology together, and form the so-called "intelligent measurement and control system", namely intelligence instrument.

Compared with traditional instruments, smart instruments have the following features:

1 Operational automation. The entire measurement process of the instrument, such as keyboard scanning, range selection, switch start closure, data acquisition, transmission and processing, and display printing, is controlled by a single-chip microcomputer or a microcontroller to achieve full automation of the measurement process.

2 has a self-test function, including auto-zero, automatic fault and status inspection, automatic calibration, self-diagnosis and automatic range conversion. Smart meters can automatically detect the location of the fault or even the cause of the fault. This self-test can be run when the instrument is started, and it can also be run during instrument operation, which greatly facilitates instrument maintenance.

3 has data processing capabilities, which is one of the main advantages of smart instruments. The use of a microcontroller or microcontroller in smart instruments has made many problems that were previously difficult or impossible to solve with hardware logic, and can now be solved with great flexibility using software. For example, a conventional digital multimeter can only measure resistance, AC/DC voltage, and current, while an intelligent digital multimeter can not only perform the above measurements, but also perform measurements such as zero shift, averaging, extreme value, and statistics. Analysis and other complex data processing functions not only free the user from heavy data processing, but also effectively improve the measurement accuracy of the instrument.

4 has a friendly human-machine dialogue ability. The intelligent instrument uses the keyboard instead of the switch in the conventional instrument, and the operator can realize some measurement function simply by inputting a command through the keyboard. At the same time, the intelligent instrument also informs the operator through the display screen of the instrument's operating conditions, working conditions, and the results of measurement data processing, making the operation of the instrument more convenient and intuitive.

5 has programmable control capabilities. General intelligent instruments are equipped with standard communication interfaces such as GPIB, RS232C, RS485, etc. It can be easily combined with PCs and other instruments to form the automatic measurement system with multiple functions required by users to complete more complicated test tasks.

Will smart devices make our lives more intelligent? Let us wait and see!

FEDTOOLS GROUP LIMITED COMPANY have been specialized in Air Nail Gun.Staple gun.Nail gun.Air Nailer. Gummegun Nail Gun manufacture for many years. We Do Business with Merchants All over The World.