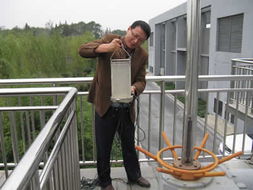 This tap water odor has nothing to do with glyphosate "is slightly offensive," said Hangzhou Water Group. After receiving reports from the public, they reported to the Hangzhou Environmental Protection Bureau. On water issues, the environmental protection department mainly supervises the source water of tap water. After the water enters the water plant, the water plant will be responsible for monitoring it. Therefore, the environmental protection department investigated the sources of tap water.

Director of the Pollution Prevention and Control Department of Hangzhou Environmental Protection Bureau, Shen Haifeng, said that on December 10, the Hangzhou Environmental Protection Bureau received a report from the Water Group, and immediately launched an emergency plan. It is understood that water from the Jiuxi, Nanxing, Qingtai, and Chishan water plants comes from the Qiantang River, while the Xiangfu Water Plant uses the stream from the Qiang Stream. The problems reflected in this round of tap water mainly affect the west of the city and the central part of the city, mainly the water source of the Qiantang River. Hangzhou environmental protection system, especially the environmental protection department along the Qiantang River, immediately carried out day and night investigations, dispatched 336 person-time law enforcement personnel, and inspected 192 industrial enterprises in Hangzhou. â€œNo abnormal emissions were discovered.â€

Shen Haifeng said: â€œFrom the current inspection situation, there is no direct result of the water odor. In the first half of the year, the Xinan Chemicals and other two companies in the upper reaches of the Qiantang River were investigated for illegal sewerage. Is the glyphosate in the pollutants? What caused the odor of tap water? The Hangzhou Environmental Protection Agency said that the glyphosate incident has nothing to do with the smell of tap water. Glyphosate is tasteless.

In the first half of the year, after the occurrence of the odor incident on tap water, the relevant departments requested the most authoritative agency in the world and measured more than 200 indicators. No problems were found. Later, they collected water samples from the Qiantang River and sent them to the third-party international authoritative testing agency, the Swiss SGS Group's Shanghai SGS Testing Center. The analysis focused on the analysis of volatile and semi-volatile organic compounds. The analysis report contained 15 pages and nearly 200 indicators were not found. abnormal.

No abnormality was found in the 42 indicators that had been detected. On December 10th, the Municipal Environmental Protection Bureau received a report from the Water Supply Group: People in the city have reported that odors have appeared in the tap water in the water supply areas such as the Jiuxi Water Plant. Shen Haifeng, director of the Municipal Environmental Protection Bureau's Pollution Prevention and Control Division, said that after receiving the report, the Municipal Environmental Protection Bureau immediately launched an emergency plan. The environmental protection system of the city, especially the environmental protection department along the Qiantang River, immediately investigated the industrial enterprises in the city day and night and dispatched law enforcement officers. 336 person-times, 192 companies were inspected. In the end, from the current inspection situation, no direct odor was found in the city. In addition, the previously reported dumping of glyphosate waste has nothing to do with water quality odor.

On the afternoon of the 10th, the Municipal Environmental Protection Bureau sent a special sniffing expert to carry out sniffing inspections on the eight water quality monitoring sections along the Qiantang River for 9 consecutive days, 2 times a day and 144 sniffs. The results showed that the water quality of the Xin'an River in the city was high. The results of sniffing are normal; however, there are always different degrees of odor in the upper and lower reaches of the General Rock. From the results of sniffing, the odor comes from Lanjiang, the general rock. (Note: General Rock is the confluence of the upper reaches of the Lancang River into the Xin'an River, and the upper reaches of the Lanjiang River are the Jinhua River and the Lancang River. The downstream Qiantang River has one-third of its traffic flow from Qiandao Lake, and 2/3 of its flow comes from Lanjiang.)

For areas where odors occur, the provincial and municipal environmental monitoring departments conducted sampling of water quality. After testing, 29 routine indicators did not find abnormalities. As a result, the Municipal Environmental Protection Agency carried out a full analysis of 109 indicators in the Environmental Quality Standards for Surface Water (GB3838-2002). Currently, 42 indicators have been issued and no indicators have been found. The remaining 67 indicators are being analyzed. The results can be drawn next week.

There are 67 indicators. Early next week After December 10, the provincial and municipal environmental monitoring departments sampled and monitored the water in the odor occurrence area. After monitoring, there were no abnormalities in the 29 conventional indicators. In order to find out the reasons, the environmental protection department expanded the inspection items. They conducted a full analysis against the 109 indicators in the "Surface Water Environment Quality Standard (GB3838-2002)".

â€œAt present, 42 indicators have been issued and no indicators have been found to be abnormal. The remaining 67 indicators are being assayed. The results can be obtained next week,â€ Shen Haifeng said. Hangzhou Water Group also stated that the water quality control standards for the waterworks should be stricter than the national control standards, and no problems were found according to the standards. Hangzhou Water Group said that water smell is a test indicator required by the national standard, but it mainly depends on the judgment of professional sniffers and cannot be detected by equipment.

This time, the sniffing division of the environmental protection department carried out sniffing inspections on the eight water quality monitoring sections along the Qiantang River for 9 consecutive days and 2 times a day for a total of 144 sniffing sessions. The results showed that the water quality in the Xin'an River in Hangzhou was normal; however, from the Lanjiang River outside Hangzhou, the water quality in the upper and lower reaches of the General Rock section had a different degree of odor. Pan Yuanjiang, a professor at the Department of Chemistry at Zhejiang University, analyzed that the possibility of spontaneous pollution in water areas is less likely, mainly due to the fermentation of the river body bacteria, but it has not yet been detected by instruments. From the actual situation, it can not completely rule out the phenomenon of industrial stealing, and it needs further monitoring.

In industrial production, pan is generally not used alone, are equipped in the Drying Oven, vacuum oven and other equipment to work together.
Widely used in pharmaceutical, chemical, food, agricultural and sideline products industries such as pan, according to the use of different materials, made of stainless steel, Aluminum Alloy and other two categories (also have a small amount of iron pan, used for outer enamel); according to the different shape, can be divided into non hole plate and perforated plate; according to the the different methods of processing, mainly by hand wheel and a molding press. The pan pan, with a molding pressing pan is the most universal, the size is 640 * 460 * 45mm, mainly composed of stainless steel or Aluminum Alloy by forming a way of pressing, the corner smooth, round flange ensure, wash thoroughly, and to support the advantages of end, so it is widely used in production.