The difference in anti-interference ability is greatly affected by environmental factors and there is temperature drift.

In contrast, digital optical transceivers are leading in all aspects due to their late appearance and new technology. Such as:

Longer transmission distance: up to 80Km, even farther (120Km);

Support video lossless regeneration relay, so you can use multi-level transmission mode;

Just as security digital technologies are slowly replacing analog technology in many areas, this is an overall trend in this area. The overall application prospects of the optical transceivers in the security field are as follows.

The development prospects of optical transceivers In the field of video surveillance, domestic optical transceivers continue to mature and improve with technology, and continue to improve in terms of functions and performance. Such as the video AGC (automatic gain control, which automatically monitors the amplitude of the input video signal, dynamically adjusts the gain so that the receiver outputs a standard 1Vp-p video signal) function. The technology upgrade is also reflected in the diversity of functions, such as providing a richer service interface, battery power failure alarm, character superposition, lightning protection, moisture protection, and equipment network management. It shows that the product is easy to apply and has advanced fault diagnosis. The system's video transmitter. The video optical transceiver technology upgrade is also reflected in the functional modular design. The main functions of the product, such as photoelectric conversion, video, data, audio and other functional modules are designed to be completely independent pluggable, and the signals involved in security are integrated into one. Optical transceivers.

In the area of â€‹â€‹anti-theft alarms, optical fibers are inherently conductive and inductive. At present, a perimeter protection system based on the characteristics of optical fibers has been introduced and widely used in the world. This technology uses both fiber optics as a means of conducting transmission signals and optical fibers as front detectors. In practical applications, the fiber is embedded in the fortified floor or wall. When the intruder invades the fortified area, the fiber will automatically sense and transmit to the back end for alarm. This kind of perimeter protection method is particularly high in optical fiber signals, and it is also superior in the quality requirements of optical transceivers. This kind of perimeter protection method, compared with the traditional way of the biggest difference is highly concealed, to solve the long-standing burglar alarm system vulnerable to damage.
Release date:2011/11/17 11:44:10

A lampshade is a fixture that covers the lightbulb on a lamp to diffuse the light it emits. Lampshades can be made out of a wide variety of materials like paper, glass, fabric or stone. Usually conical or cylindrical in shape, lampshades can be found on floor, desk, tabletop, or suspended lamps. The term can also apply to the glass hung under many designs of ceiling lamp. Beyond its practical purpose, significant emphasis is also usually given to decorative and aesthetic features. A lamp shade also serves to "shade" human eyes from the direct glare of the light bulbs used to illuminate the lamp. Some lamp shades are also lined with a hard-backed opaque lining , often white or gold, to reflect as much light as possible through the top and bottom of the shade while blocking light from emitting through the walls of the shade itself. In other cases, the shade material is deliberately decorative so that upon illumination it may emphasize a display of color and light emitting through the shade surface itself. 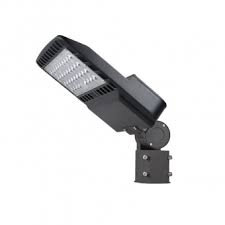