There are no roads in the world, and many people have already taken the road. All of Mr. Lu Xun's remarks are very clear to everyone. There is not always a precedent that can be followed in every matter, and you must be bold in exploring and innovating. The history of the development of Chinaâ€™s all-carriage passenger bus has been followed by Mr. Lu Xunâ€™s famous quote, taking the path of self-development with introduction, digestion, absorption, and innovation, and propped up the backbone of Chinese passenger car safety. 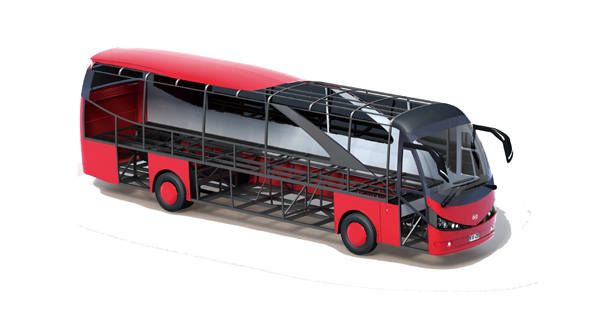 From the nobility to the public

Full load bearing is a method of automobile manufacturing. It uses only various rectangular tubes to be welded into an integral body frame. The body and undercarriage are integrated without a girder and share the force of the passenger car. ". It was first invented by the German Kasbauer company and introduced into the Chinese bus industry by Ankai bus in the 1990s. It can be said that the full-scale bearer appeared at first as an image of "foreign technology." It has nothing to do with Chinese manufacturing, and has little impact on the safety of passenger cars in China.

Before the introduction of full-loaded body technology, Chinese passenger cars generally use a chassis + body structure, and the chassis of the passenger car is generally copied from the chassis of the truck, and the low floor cannot be achieved, the layout of the vehicle body is greatly limited, the stability of the vehicle is poor, and the ride comfort is poor. At the time of the social conception, luxury and comfort were irrelevant to buses.

All this changed with the emergence of China's own full-capacity luxury passenger car. In 1995, the Ankai luxury passenger car was launched on the Chengdu-Chongqing Expressway, causing a sensation. TVs, toilets, drinking fountains, bath-type air conditioners, EC high-backrest movable seats, and airline luggage racks were the first to be used on Ankai passenger cars, opening up an eye-opener for the Chinese people. Ankai took the lead in the passenger car industry to put forward the â€œstandard for five-star passenger carsâ€, forcing the trains to be deducted from classes and the regional flights to be suspended. In this way, the image of Ankaiâ€™s luxury passenger cars was established. Ankai bus led the Chinese bus into a new era.

At this time, the full-capacity passenger car is generally only used in high-end luxury passenger cars, the scope of influence is still very limited, there is no real public view. Since 2001, Ankai Bus has once again played the role of a pioneer. Ankai started to apply the full load-carrying body technology that was originally used only on luxury passenger cars and successively applied it to various models such as buses, tourist buses, new energy buses, and special passenger cars, which opened a prelude to the diversification of all-car carriers. Since then, a batch of batches of passenger buses have started to appear in the masses' daily lives in large quantities.

To leapfrog from the niche market to the mainstream market is not just about expanding production capacity and strengthening marketing. After mass production, we must have higher and more stable quality assurance. In terms of passenger cars, safety is always the first in all product indicators.

Large passenger cars are different from ordinary passenger cars and their safety concerns the lives of many passengers. Therefore, Ankai Bus has always taken safety as its core product strength and built the most secure passenger car in China with the brand concept of â€œbearing life supreme for 100 yearsâ€. To this end, Ankai bus through a series of scientific and technological research, and gradually realized the localization of all-car technology, and obtained independent intellectual property rights, the image of China's full-load passenger car began to gradually establish. The relevant government departments also started to formulate relevant safety standards for all-passenger passenger cars. The first is to conduct vehicle safety tests. 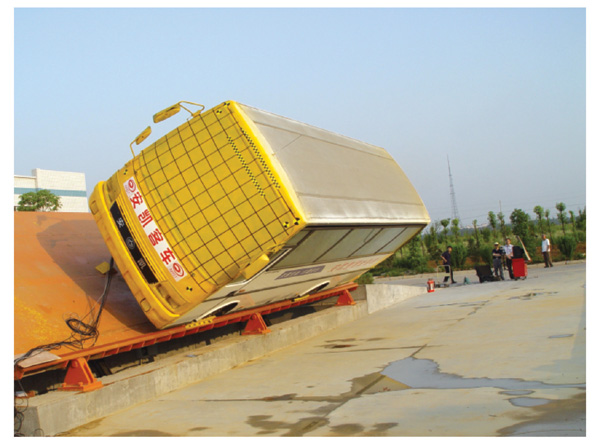 Compared with the passenger car's bump test, the bus rollover test is more targeted. According to statistics, more than 70% of passenger accidents occurred when the passenger car rolled over. The numerous accident cases at home and abroad show that the full load of passenger cars is small when they roll over, which can give passengers and drivers an important life space and effectively reduce accidental casualties. This point has been fully confirmed on the Ankai bus. The Ankai bus has encountered several major accidents, including a sleeper bus colliding with a truck at night in Shandong and a highway bus rolling from a 85-degree slope to a 40-meter-deep slope in Qinghai. bottom. Two accidents only caused several injuries and none died.

In 2011, a major traffic accident made passenger car safety once again the focus of public attention. At about 4 o'clock on the morning of July 22, 2011, a heavily overloaded (35-nucleus-loaded, loaded 47) double-decker bus from Weihai, Shandong to Changsha, Hunan Province was located 938 kilometers and 700 meters from north to south on the Beijing-Zhuhai Expressway. A sudden fire burned, killing 41 people and injuring 6 others. The tragic traffic accidents are shocking and have prompted the relevant departments to issue more stringent passenger car safety standards.

On September 1, 2012, the new "Technical Conditions for the Safe Operation of Motor Vehicles" was formally implemented. It clearly requires that road passenger cars and tourist buses with a length of more than 9 meters should have at least two passenger doors, and road passenger cars and passenger coaches with a vehicle length of more than 11 meters should be fully loaded with integral frame structures. At this point, all-car technology has officially become the safety standard for China's passenger car industry, and it has completed a historic transformation from â€œforeign technologyâ€ to national safety standards.

Ankai Bus continues to assume the role of leader in the development of safety standards for all-car passenger vehicles. On March 20, 2012, Ankai completed a 12-meter full-load luxury coach at the Highway Traffic Test Site of the Ministry of Communications in Beijing and completed a frontal impact test. Test data shows that the number of passengers in the car was zero. The test also created a number of firsts in the Chinese automobile crash test: the first frontal crash test conducted by China on a fully loaded passenger car; and the first crash test of a Chinese 12-meter road passenger car. The zero passenger casualties can be achieved, mainly due to the unique full-loaded body design of the Ankai bus - the full load-carrying body structure absorbs energy and collapses during the collision, reducing the collision impact of the entire vehicle and bringing the frontal impact to the human body. The damage is minimized.

Ankai Bus also presides over the formulation of China's first industry standard for â€œfull-load body structure requirements for passenger carsâ€. With the forthcoming introduction of the standard, it will standardize the design, production, testing and other aspects of all-passenger passenger cars in China. It is a full-scale passenger car in China. "Basic Dafa" will guide the future development of China's full-capacity passenger car.

Ankai bus, after 20 years of unremitting efforts, China's all-car passenger trains from scratch, has now gone deep into all areas of China's public transport, and made indelible contributions to the safety of road passenger transport in China. Ankai Bus integrates the world's top technology into the creation of China. In 2008, it obtained a full-bearing invention patent, made outstanding contributions to the safety of passenger cars in China, developed an extraordinary road of independent innovation, and supported the backbone of the safety of Chinese passenger cars.

Steel Coil Reeling Machine is a kind of winding wrapping equipment for wire, wire, cable and so on, in order to achieve good protection and decorative effect; with packing speed, wide range of packaging, easy operation.
Wire winding machine is to meet the cargo assembly of storage, transport and mechanized handling operations packaging requirements, design and manufacture of the tray-winding machine, pressure-top-type resistance to pull-winding, pre-tensioning automatic film winding machine products, widely used The production cost of the products such as food, beverage, irrigation, paper making, dyestuff, plastic chemical industry, glass ceramics, electromechanical casting and so on. It can also prevent the damage of the goods during the transportation process. Cleaning effect.